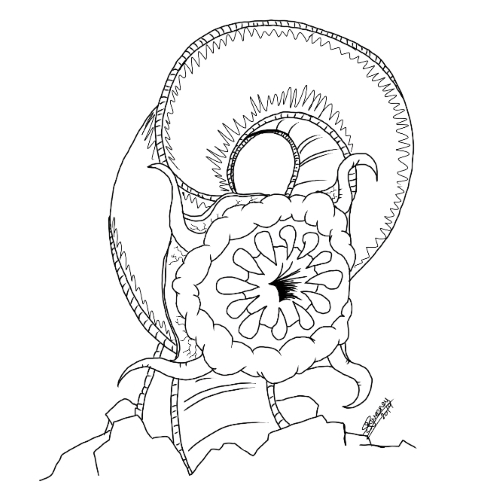 What is a Death Worm?

A Death Wworm is known by the name, Olgoi-Khorkhoi, which translates to 'intestine worm'. It is thought to exist in the Gobi Desert in Asia.

It is believed to be a warm blooded creature in the shape of an ordinary worm, reaching lengths up to five metres.

There are no noticeable eyes or nose. While some claim the Death Worm does not have a mouth, eye witnesses describe a mouth with several rows of sharp, inward pointing teeth.

A Death Worm can kill up close — and from a distance; attacking like a snake. The Death Worm can also spit corrosive yellow saliva and generate an electric discharge.

The Death Worm preys on camels and will leave eggs inside the animal’s intestines.

The Death Worm travels underground. Sand is its preferred environment. It hibernates for ten months every year and emerges during June and July. However, rain will cause it to surface.

A live specimen is believed to be held in Russian museum after its discovery in 1972.

Unconfirmed: existence is alleged but not established.